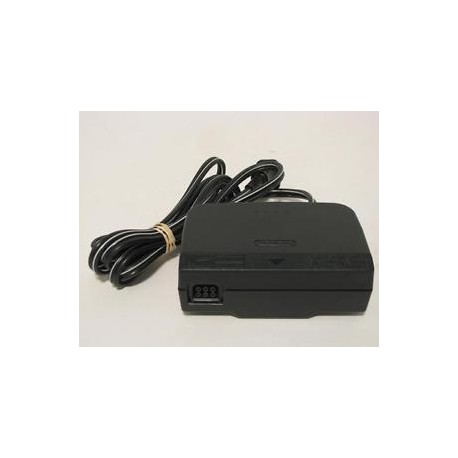 The Nintendo 64 (N64) is the third home video game system in the Nintendo line. Although not as successful as its predecessors, the iconic Nintendo Entertainment System (NES) and the follow-on Super Nintendo Entertainment System (SNES), the N64 sold more than 30 million units in the United States. Popular N64 games included the groundbreaking 3-D Super Mario 64, GoldenEye007, and Doom 64. It was also the first major system to incorporate pressure-sensing analog joysticks into their controller design. Sony's PlayStation console outsold Nintendo's system during the mid-1990s and in the process became the standard-bearer for the video game industry. The PlayStation utilized an optical disc format, whereas the N64 played traditional cartridges which were much more costly to produce. The N64's successor, the GameCube, was released in 2001 in an effort to regain the market share held by the NES.